Kitten scares our other cats 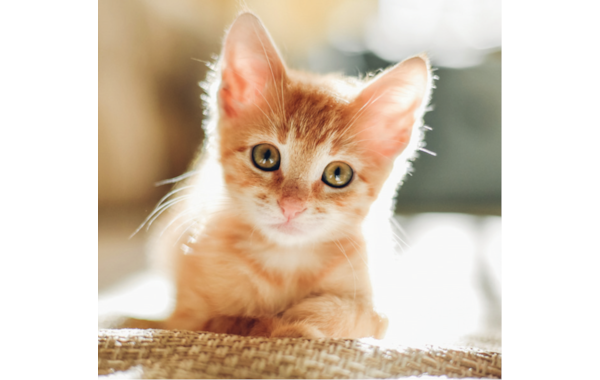 I hope that you can give me some ideas about introducing a particularly feisty kitten to our multi-cat household.

Q) To give you some background, my husband and I have been married for nearly 36 years and we decided at the beginning that we didn’t want any children, just lots of cats. We pride ourselves on providing them with a safe environment with everything they need. We have had a Snowshoe Siamese, called Minty, for three months now and he has fitted in well with four of our eight other cats. Unfortunately, our other four cats seem to be frightened of Minty. We originally gave Minty his own room and we found

that he is unlike any other cat we have ever had, in that he will not rest when he has access to the whole house and garden. Our other cats have always just played or run around for a while and then had a snooze. Minty just seems to keep going, so to make sure he rests we have taken to just letting him out of the room for about eight or nine hours a day after which he is tired and happily goes back to his room to rest until the next day.

The trouble is when we let Minty out of his room in the morning, the four cats who are scared of him all run and hide in their chosen spots around the house, and are very reluctant to come out again without coaxing and bribery. As soon as they see Minty, they hiss and growl and flee.

Celia says: Cats have strong individual likes and dislikes for each other. You can’t force them to be friends. Instead, the best you can do is help them to avoid each other. That means making sure they have lots of resources. In general, there should be at least as many cat beds as there are cats, one litter tray per cat, and several drinking and feeding locations if you feed ad lib. If you put down meals, all the cats’ bowls should be distanced.

The four frightened cats should have their own safe havens where they can avoid being pestered by Minty. If that means behind the sofa, then let them stay there. Coaxing them out does nothing but increase their stress. Actively help them to avoid or hide from him. If there is an area where he does not go, a Feliway Classic plug-in diffuser there will help the frightened ones feel a bit safer. There is also a Feliway Friends plug-in for areas which are shared.

Think about the design of the beds of the frightened cats. Are they secure? Or can Minty jump on or into them? Could you make them safer by putting them in a cardboard box with only one entrance? If there are areas where he ambushes them, then make his ambush impossible by adding a pile of books or cushions there. Look carefully at each room to see if you can change the furniture or add a cat tree to help them avoid him by jumping up high or by finding a hiding place. Why is Minty doing this? Well, most kittens are just very active! Does he have enough activity toys? Are you playing with him long enough? Could you keep him busy in his room with a homemade food dispensing toy, like a tennis ball with a hole in it full of dry kitten food? He would then have to bat it about to get the food out.

You could also teach him to come when called, rewarding him with treats, so that you can call him off them. He will eventually calm down as he gets older but if the relationships do not improve, you will need to prioritise the welfare of your resident cats. Start taking videos of what is going on and get in touch with a cat behaviourist for an in-depth individual assessment. Sometimes the addition of a new cat just tips a multi-cat household over the edge. 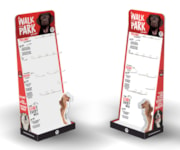 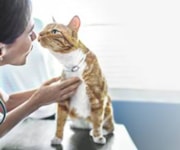 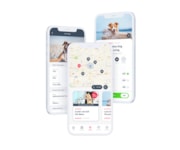 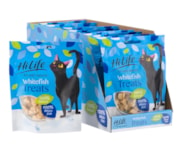 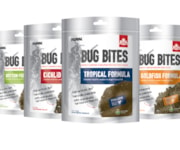 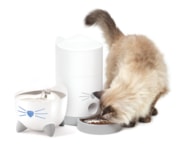